Being a professional videographer and working in an industry where technology is constantly changing, I'm always on the look out for more efficient and affordable equipment.

This year I attended the annual NAB show where the newest technology is showcased, as I walked past Light & Motion booth something caught my attention.

New Stella Pro Series is the new and improved line of lights with very unique functions. Stella 1000 is an extremely compact light that only weighs half a pound, it outputs 1000 lumens and has a

One of my favorite features about this series is the high-quality, lithium-ion batteries that are integrated into the light, the same battery that’s used in Tesla cars. Having a cordfree light kit makes it easier to set up and break down your production with out having to carry those big and heavy battery packs back and fourth. The lights come with an external charging kit, it takes 60 minutes to charge, the light runs for 90 minutes on full output and of course you can adjust the output to get a longer run time.

Another very cool thing about this particular light series is that they are waterproof! You can actually go to a depth of 100 meters with these lights which is perfect for underwater filming and photography and of course worry-free during rain or snow. That takes a lot of pressure off of the production team when they don't have to worry about a light cutting out from getting wet.

These lights are also very durable, you can actually drop these lights from the height of which you are standing and it will continue working without a problem. This is BINGO for high schools and colleges that teach Film & Television production. Professors will absolutely love these lights that will give them a peace of mind when teaching new students.

The new Stella Pro series is an amazingly affordable light kit, it will make your production better and more efficient. For more information on these lights and more equipment please visit LightandMotion.com

This review first appeared in the August edition of School Video News (SVN). SVN is the TV/Video production eMagazine for teachers and administrators. The magazine features articles to support the video and film education for students K-College.

Angelina McEwen is not your “common” up-coming film maker, Angelina came to America in 2005 from Donetsk, Ukraine not knowing any English language what so ever. In high school, she entered a competition to produce a video for the City Hall of Newnan, GA. After putting together the best product and winning the contest, Angelina walked away with her first $150 that she made in the Entertainment industry. She then got her Television Production Degree from Chattahoochee Technical College and worked several internships with companies like CNN, Marietta Daily Journal and Georgia Public Broadcasting that gave her the skills and knowledge to take on the next step. She became a full-time freelancer. She began filming sports with ESPN 3, Fox Sports South, Atlanta Falcons, Atlanta United and shows with Turner Broadcasting.

Even though Angelina received a Television Production Degree, her professionalism and coachable personality got her onto working on a few feature Films that went on to Film Festivals winning many Awards. Working with big companies at a young age is something Angelina and her family takes a lot of pride in but that isn't stopping her from wanting more. In the beginning of 2017, she started a small production company and named it “Express Your Visions”. Aside from freelancing and building a start-up, she’s working on a Passion Project and educating herself on script writing. One day she envisions her name coming up on the big screen as "Executive Producer Angelina E. McEwen"
分享 在脸书上分享 鸣叫 在推特上发推文 压住他 在 Pinterest 上置顶
返回General
★ Judge.me Reviews 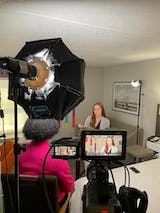 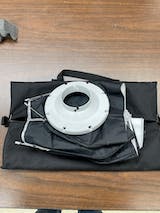 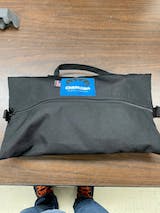